Welcome There's much to see here. So, take your time and look around.

We hope you enjoy our site and write to us on our contact page. Please visit the MUSIC page on my website to hear some songs. 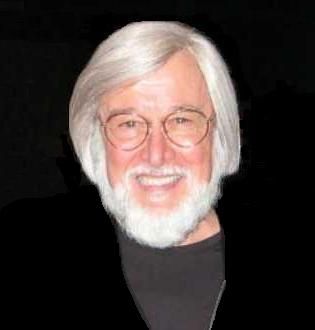 Carmino Ravosa is one of the most popular songwriters for schools in America. He is best known for his songs published by Silver Burdett & Ginn (currently a division of Pearson Scott Foresman), many of which with themes related to American history. He received his Bachelor's degree in music education and a Master's degree in music from the Hartt School of Music and in 2009 was given the honor of being named the Hartt School Alumnus of the Year.


He is the composer-in-residence and faculty fellow at the prestigious Dalton School in New York City. He was formerly the composer-in-residence for the Edison Project now known as Edison Schools, writing music for their 135 schools across the nation. He is an author for Silver Burdett & Ginn's Music textbook series, "World of Music" and "The Music Connection" and the composer of the theme musicals in these series. He was a songwriter for the CBS childrens' show Captain Kangaroo, the PBS program Shining Time Station, and also the PBS publication "Sesame Street Magazine."


On October 30, 1978, Ravosa gave a solo command performance of his musical "Ghosts in the White House" for President and Mrs. Jimmy Carter and 600 guests at the White House Halloween party. He also performed his "Shh! We're Writing the Constitution" and "From George to George" at the inaugural ceremony for President George H.W. Bush and again at the Smithsonian National Museum of American History on President's Day in honor of President George W. Bush.


His musical "Seneca Falls" was performed at the opening of the National Women's Hall of Fame and later at Carnegie Hall. Another musical "Scarecrow", based on Nathaniel Hawthorne's short story Feathertop, won four major awards at the International Light Opera Festival in Waterford, Ireland. He was the opening act with Dalton School students at the Gala Reopening Celebration of the Ellis Island Immigration Museum. He has performed at many historic sites including: Washington's Headquarters in Newburgh, NY (where Washington refused to be crowned king), The Temple of Virtue at the New Windsor Cantonment State Historic Site (where Washington prevented an officer mutiny), Fraunces Tavern in Manhattan, the John Adams house in Quincy, MA in a David McCullough teacher's seminar, the Paul Revere House in Boston, MA, the Buckman Tavern associated with the American Revolution's very first battle, located on the Battle Green in Lexington, Massachusetts, the Thomas Paine Museum in New Rochelle, NY, Washington Irving's home Sunnyside in Irvington, NY, and Washington's Crossing Historic Park (where the Continental Army launched a surprise attack against the Hessians on Christmas Day).

On July 4, 2011, two of Ravosa's songs were included in in HBO's Independence Day documentary, "Citizen U.S.A.", directed by Emmy Award-winning film journalist, Alexandra Pelosi. Marking his national television debut, this documentary focuses on the stories of new citizens across all 50 states. The film included a clip of Ravosa singing and playing "It's a Whole Other Country, Texas Is" and a segment of "Let's Hear it for America".

Carmino Ravosa's songs about American history, state history, women's history, the presidents, explorers, inventors, art, music, geography, ecology, holidays and many other subjects have been performed at school programs on these subjects and as musical shows about history  as well as at the White House, Carnegie Hall, and at historic sites across the USA.

Look around and learn all there is to know about Ravosa Music.

Listen to some of Carmino Ravosa's music by clicking the MUSIC button below.

Are you a teacher? Do you need some music about positive social themes or about American history?

Are you a student that sang some of Carmino Ravosa's songs?

We hope you enjoy our site and take a moment to drop us a line on our CONTACT page.

Visit the Contact page by clicking the button below and send us a message.